The Society is engaged in various activities, such as performing works of charity by attending to the sick, establishment of medical institutions, education and training of medical personnel and nurses, education of students, conducting medical research, etc.

The following is the summary data of Opening and Closing Balances, Receipts and Utilisation of the foreign contributions pertaining to the financial year 2011-2012 (01/04/2011 to 31/03/2012); published, pursuant to Rule 13 of the Foreign Contribution (Regulation) Rules, 2011 read with the provisions of the Foreign Contribution (Regulation) Act, 2010. It consists of receipts and utilization of foreign contribution received by the Society. 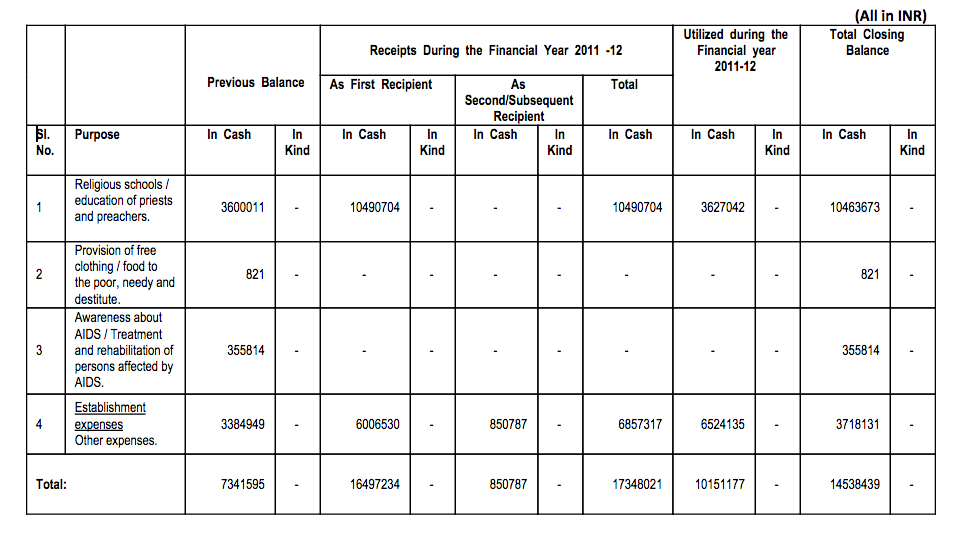 St. Camillus: Saint of the Red Cross I

Reassured by the miracle of the Crucifix read more

St.Camillus: Advocate of the Poor IV

The Red Cross of the Ministers read more